Hydehole Restaurant in Coraopolis, PA has been recognized as a DiRoNA Awarded restaurant since 1992!

Hyeholde is owned and operated by Barbara K.S. McKenna, daughter of the original builders and owners.

Hyeholde was built as a home and a restaurant in the 1930s by William and Clara Kryskill from several magnificent old barns. It sits today on 4 acres of gardens and winding stone paths. Inside, great waxed beams, slate floors, stained glass windows, tapestries, and crackling fireplaces create a warm and inviting atmosphere.

The food is American inspired with a French education and our chefs take advantage of the bounty produced by numerous local farms. The menus usually change seasonally and some ingredients are grown right on the property.  A beehive is our latest addition.

A full selection of alcoholic beverages is available along with a superb wine list with a variety of prices. Reservations are suggested but walk-ins are welcome too.

It began with a romance the day William Kryskill told his bride that someday he would build her a castle on the crest of a cornfield where they stood. The cornfield became the grounds now surrounding Hyeholde. Hyeholde is the castle. What he did not tell her was that they were going to build this dream with their own hands. It took them seven years. The tale of this extraordinary labor of love is told in Mr. Kryskill’s book, ” The Story of Hyeholde”

The original half of the building was begun in 1931 with the intent of using it as a restaurant and living quarters. Bill and Clara spent the three summer months operating Clark Studio Tea Room in Noank, Connecticut, then returned, in September of each year, to continue to work on Hyeholde. In 1938, they served their first meals in the West Room. It became an instant success. Bill quickly began construction on the Great Hall.

The beautiful materials used throughout the building came from the old Stonesifer barn in present-day Robinson Township. The Kryskill’s dismantled and, using every bit of the structure and its stone foundation created Hyeholde.

The second chapter of the Hyeholde romance concerns Pat Foy and his family. Foy’s contribution to Hyeholde was to convert it from a charming country restaurant, geared to serving limited numbers of guests into a sophisticated operation with an elaborate menu and fine wines, without losing the comfortable charm of a French country inn.

In 1987, Foys constructed a new entry to Hyeholde, tunneled under the driveway, redesigned and connected to Hyeholde a contemporary residence that William Kryskill had built in 1952. Known as the Cabaret, it served the Foys as a nightclub until 1991.

Now a third chapter is being written to this real-life fairy tale. William Kryskill’s daughter, Barbara and her husband, Quentin McKenna, repurchased Hyeholde in August 1991. Building on its beauty and on the best from the previous owners, they are creating their own magic castle.

Since Quentin’s’ death in 2003 Barbara’s long experience and her excellent staff have continued providing the high quality their customers expect.

The same high quality prevails in the Round Room, a stone and glass sanctuary nestled into the hillside and surrounded by trees and gardens. Monday through Thursday the Round Room is an ideal venue for business functions including off-site seminars. On weekends it accommodates private group functions up to 10 people. More wedding toasts have been drunk to starry-eyed brides and grooms here than have been recorded.

For those whose culinary curiosity goes beyond the dining room, Hyeholde offers a “Chef’s Table” in the kitchen where you can experience the electricity of creative chefs in action.

During the Summer, elegant picnics take place among the gardens that surround the restaurant.

Hyeholde’s proximity to both the International Airport and downtown Pittsburgh make it the place of choice for business persons, for special occasions and for any who wish dining to be a feast for all the senses. 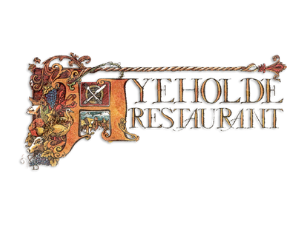 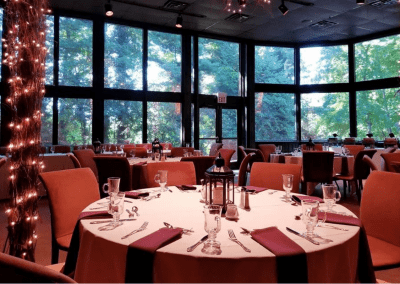 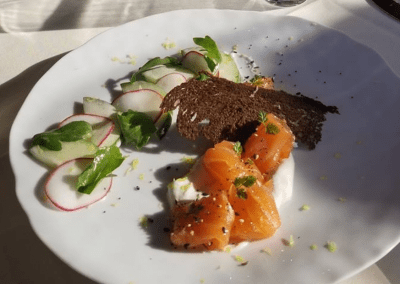 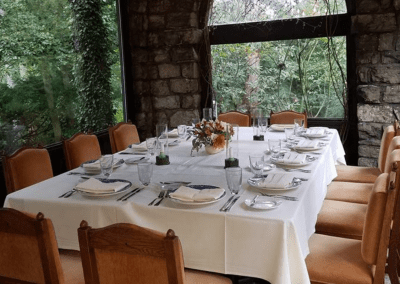 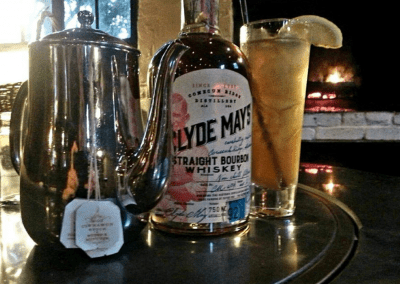 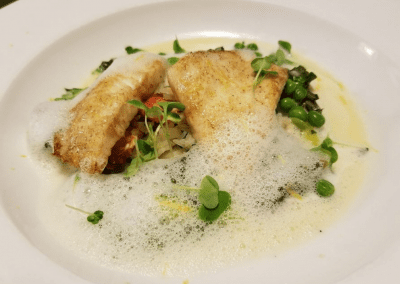 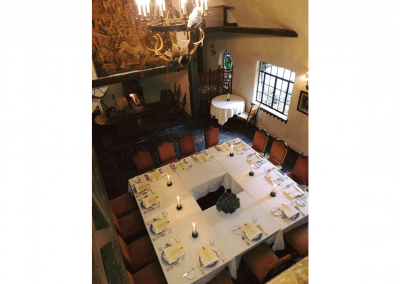 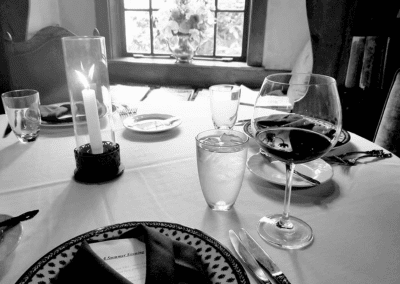 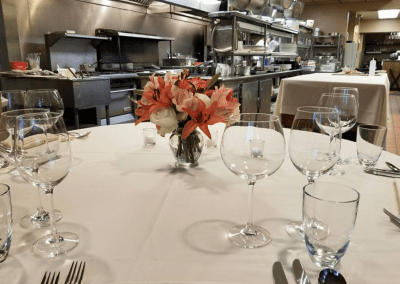 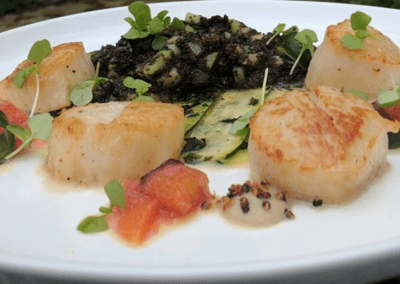