It has been said that “What’s past is prologue,” and it is certainly true that no organization can know where it is going unless it understands where it has come from.

Before “Distinguished Restaurants of North America” came to be, over 25 years ago, there was another set of annual awards that recognized dining excellence.

was an American travel magazine published from 1946 to 1977. Originally published by the Curtis Publishing Company, Holiday’s circulation grew to more than one million subscribers at its height. Curtis sold Holiday to the publisher of Travel, a competing magazine in the 1970s, and the two publications merged to form Travel Holiday. A much-anticipated annual tradition with Holiday and also Travel Holiday were the Dining Awards.

For more than 30 years, these awards were presented to the top restaurants in North America. Restaurant owners coveted their inclusion among the “best of the best” and proudly displayed an Award to that effect, usually by the front door. What you may not have heard is how the Dining Awards came to fruition, through the vision of DiRōNA Hall of Fame member, the legendary Ella Brennan.

The year was 1952; the place, New Orleans…that truly unique American city with such a love of all things gastronomic. Ella Brennan, owner of the famous Commander’s Palace in New Orleans had the vision of establishing one of the great organizations of our time.

John Arena remembers, “Lady Brennan telephoned a few friends and brought them to New Orleans for a get-together to enjoy nature’s provender, and to talk about the idea of establishing an organization to promote the great restaurants of America.” Among those present at the meeting were Ella Brennan, Anthony Athanas of Anthony’s Pier 4 in Boston, Victor and Roland Gotti of the famous restaurant Ernie’s in San Francisco, Don Dianda of Dianda Restaurant in San Francisco, and Gerry Burns of the famous Club 21 in NewYork. Thus, the Travel Holiday award was born. “I remember the year well because that was when Restaurant Winston’s in Toronto got the award—1953,” says John Arena.

Like John, others came to treasure the Holiday Dining Award as unparalleled recognition in the industry, and the initiative taken by those visionaries continues to resonate in DiRōNA, Travel Holiday’s successor organization. Indeed, all of us in DiRoNA owe Ella Brennan a debt of gratitude for starting us on the path that has led to so much over the years! Thank you !

Every story has a genesis in a set of unforeseen circumstances. Herewith are the recollections of DiRoNA founder, John Arena, as to how the Travel Holiday Dining Awards became Distinguished Restaurants of North America (DiRōNA).

In 1989, the owner of Holiday Magazine, Sheldon Shane from New York, decided to sell the magazine to Readers Digest. The last Travel Holiday reunion was in Toronto in September 1990. Prior to that conference, in July, the late Robert Balzer arranged a meeting for Ted Balestreri and John Arena at the New York office of Readers Digest, where they met with a Mr. Hanlon, who said (and I quote verbatim), “Readers Digest is interested in continuing with the Travel Holiday award program, but only under a different system. Readers Digest proposed to cover 19 states in the U.S., one province in Canada (Ontario) and none in Mexico. ”Mr. Hanlon said he would come to the Travel Holiday conference in Toronto in September and present the changes.

He arrived the night before the opening of the conference, and the next day addressed the registered delegates, numbering 330. Hanlon presented the revised view of Readers Digest, and, needless to say, the delegation—having not been previously informed of the changes, was somewhat stunned. I was the conference chairman in 1990, and in view of what we had heard in New York in July of that year, I began to have doubts about the continuation of the Awards as we knew them. I contacted Robert Balzer in California and asked whether he felt that Readers Digest would change its mind about the limited nature of the proposed Awards; Robert said no. We were on our own if we wanted to proceed with business as usual, and I began to think about starting our own organization.

Subsequent to the Hanlon presentation at the conference, I called a break to discuss our options. A meeting with restaurateur Tom Margittai of the Four Seasons Restaurant and Tony May confirmed my thinking, namely that a solution with Readers Digest was not possible and that we should start our own organization. We discussed how that might happen, and Tom noted that such a thing would require capital. I thought of asking the delegates to make a contribution of $1000 interest-free for two years, and 16 people signed up, but that money was never used due to unfolding events. Tom agreed to host a lunch in December of 1990 at the Four Seasons and to invite individuals who in my opinion. would contribute to the proposed new organization.

At that December meeting in New York, the following were in attendance:

Ted Balestreri also invited the following: Dan Geschedle, a senior employee at the American Culinary Institute, and David Armanasco of Armanasco & Associates, who would become the first Executive Director of the new organization. A roll call at the meeting was taken by Dan Gescheidle, and once the roll call was over, Tom Margittai moved that I should be appointed first Chairman of the new organization. This motion was unanimously approved, and Tom Margittai was named Vice Chairman. All others in attendance (other than Armanasco and Gescheidle) were appointed as board members of the then-unnamed new organization.

We now had a board of directors.

Now, what were we to be called? Travel Holiday had nearly 1000 awardees, but Readers Digest informed us that we were not permitted to use the name Travel Holiday. Four other names were introduced, and Distinguished Restaurants of North America (DiRōNA) was approved. The late Robert Balzer owned the list of awardees, and he allowed our use of that list.

I the question—how do we finance this project? Ted Balestreri said that he would contact the President of American Express Credit Card Division for financial support, and Amex agreed to support the organization for two years with $500,000 annually. By the end of December, we had an agreement, thanks to Ted. Our aims and goals were determined to continue to serve the public by identifying and celebrating the best food prepared in North America. We determined to continue with annual conferences and proceeded to develop an ambitious inspection program (headed by Mr. Tom Kelly from the CIA), using the Travel Holiday list as a base. Tom Margittai moved to have a well-known graphic designer, George Lois, create a logo—the now familiar Alfred Hitchcockian-profile of a satisfied diner with a mouthful of exceptional food—and the rest, as they say, is history. Before the meeting ended, Tom Margittai moved that, in view of the amount of work that I had put into the organization, he would like to see my name installed as Honorary President for Life—an honor that I will always treasure as I reminisce about the times and places of the Travel Holiday and DiRōNA organizations that I love so much! 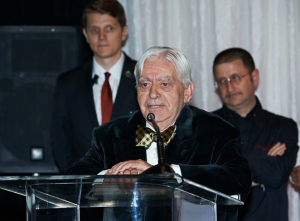 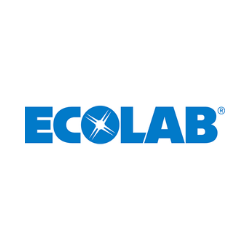 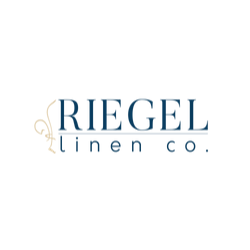 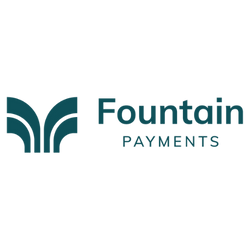 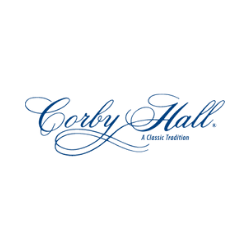