Restaurante San Angel Inn in Mexico City, MX has been recognized as a DiRoNA Awarded restaurant since 1994!

Guests at Antiguo San Angel Inn, housed in an old Carmelite monastery, dine on delicious Mexican gourmet food and international cuisine amid beautiful gardens set with flowers and fountains. Specialties include sea bass Veracruz style, chicken with mole poblano, and roast duckling in blackberry sauce. Often a favorite of celebrities, the establishment is an ideal choice for special occasions.

The construction of this Hacienda, where the San Angel Inn Restaurant is presently located, is dated back to the 17th century.

There are public records of the land concession granted than by Carlos III of the Marchisate of Sierra Nevada in favor of Don Manuel Rodriguez Pinillo y Lopez Montego, Viscount of San Miguel. This property was integrated into a “Hacienda” in 1776 by its then owner, Mr. Ramon Goicoechea.

Its privileged location and beauty were referred to by many written testimonies of those times. Around 1906, after being a monastery and a pulque 9cactus alcoholic beverage) producing centre, the property of approximately 40 hectares, was acquired by the San Angel Land Co. and gave birth to a housing development called “Altavista”. The main building (or ranch house) became then a famous hotel and restaurant named “San Angel Inn”, operated by a French woman known as Madam Roux. It has been said that many famous characters of those days frequently visited the gardens and ballrooms of the inn.

In 1937 the National Institute of Arts and History (INHA) declared the property a “Colonial Monument” and its current owner Don Carlos Preto, a distinguished entrepreneur, writer and musician, would entertain music concerts and art fairs in these premises. Furthermore, between 1955 and 1966, the Universidad Iberoamericana would give Art and Architectural courses at this place.

In June 1963, a group of investors inaugurated the new “San Angel Inn” restaurant. Throughout the years, its gardens, patios, and ballrooms are still impregnated with the memories of historical events and romantic legends of the past, with the original atmosphere of the superior well-being and style. 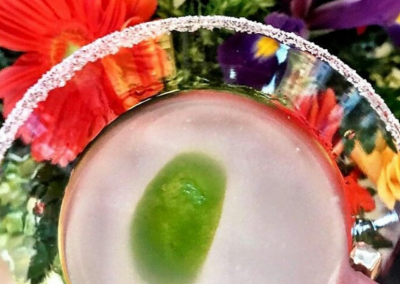 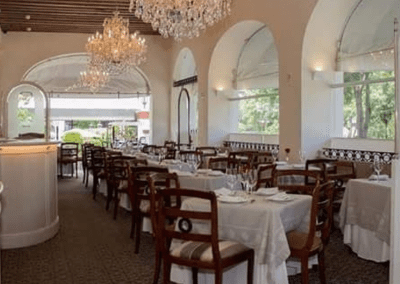 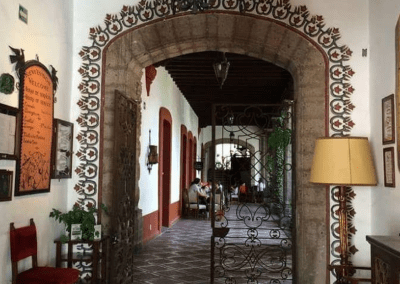